Bitcoin and Ethereum are 2 of the biggest names used in making money with cryptocurrency. Both can be bought, sold and traded. But, what are they and how to they stack up against each other? What’s the difference between them? Let’s look at how to explore the cryptoworlds of Bitcoin vs Ethereum!

Bitcoin vs Ethereum: An Overview

The short answer to which is better is that they are both successful and worth investing in, they just have their own respective advantages and disadvantages, as summarized in this table:

The problem with comparing Bitcoin vs Ethereum is that neither are created to compete with each other, they stand in their own unique categories when it comes to the different cryptocurrencies.

Bitcoin is more liquid in the sense that it’s meant to be traded for goods and services. With its coin market cap at 21 million, this can create a sense a scarcity that may drive the value of Bitcoin up.

Bitcoin may not be running on the fastest and best blockchain technology, but it is the first and most famous.

Most importantly, Bitcoin is still making huge waves in the finance and technology industry and it appears that it is here to stay.

Regardless of what finance gurus say against Bitcoin, it’s clear that the blockchain technology behind it is what makes Bitcoin such an exciting investment, and why many may prefer to invest in Bitcoin vs Ethereum. 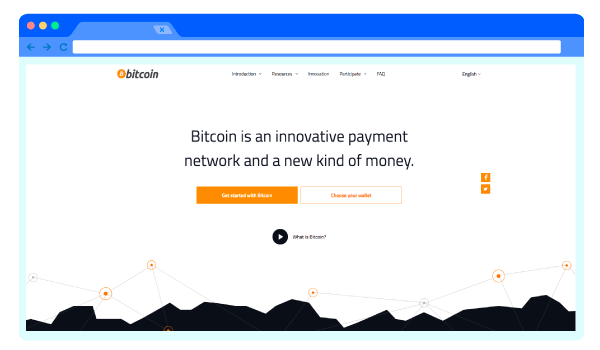 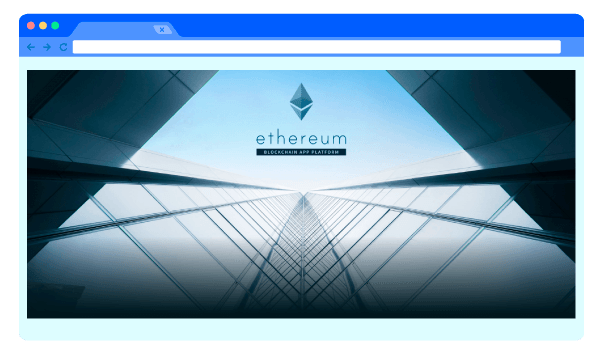 Ethereum on the other hand is meant to be facilitating SmartContracts and the development of new apps in a decentralized world.

It doesn’t have as much market value, but its technology is incredibly exciting for developers and countries around the world.

Moreover, without the coin market cap that Bitcoin has, there is plenty of room for Ethereum to grow.

While Bitcoin is winning the Bitcoin vs Ethereum competition at the moment when it comes to making online income with cryptocurrency, there isn’t any reason to believe that might not change soon.

Bitcoin was the very first cryptocurrency established and designed originally as a currency meant to rival established investments like the gold standard or fiat currencies. Bitcoin’s success was made possible through the blockchain technology it was built on.

It was created to conduct daily transactions through digital currency and this blockchain technology has developers and investors around the world excited with its prospects.

Blockchain operates as a public ledger that keeps a permanent record of all transactions made for each Bitcoin. This ledger is encrypted and tamper proof through the help of peer-to-peer roles of those who know about mining bitcoin (commonly known as Bitcoin miners).

Miners around the the world confirm and secure Bitcoin transactions.

It’s also important to note that both Bitcoin and Ethereum are built on blockchain or technology similar to blockchain.

Since its creation, Bitcoin has had a market cap and will only release 21 million Coins to the public. Unlike fiat currency where you can produce money in an inflationary model, Bitcoin takes a deflationary stance.

Once 21 million Coins have been released, that’s it.

When looking at how to earn with Bitcoin and the issue of Bitcoin vs Ethereum, the main downside to Bitcoin is the associated transaction times: compared to other cryptocurrencies like Ethereum, Bitcoin transactions can take up to 10 minutes to confirm whereas others just take a few seconds.

Ethereum differs greatly from Bitcoin as it isn’t designed to be used only for buying and selling goods and services. Rather, Ethereum works on a different infrastructure built on SmartContracts and Distributed Applications.

It goes beyond what Bitcoin can do by not just being a platform, but a programming language as well.

What this means is that if you’re thinking about buying Ethereum and if you should go ahead, Ethers” can be used to create decentralized apps and smart contracts. They can also help crowdsource the resources needed to launch apps.

Unlike Bitcoin, it does follow an inflationary system where there is not set market cap. Instead, about 18 million ethers are released to the public on a yearly basis.

Also, given Ethereum’s advantage of using Bitcoin’s blockchain model to improve for its own purposes, the technology behind ethers makes transactions significantly faster than Bitcoin by taking only a few seconds to confirm.

Most importantly, Ethereum is added to blockchain technology by building a new type of programing language called Turing Complete. This helps developers build and publish applications through Ethereum’s platform.

On the downside, Ethereum currently doesn’t have as much of a market value compared to Bitcoin, although it is safe to say that it is taking the cryptocurrency world by storm.

While right now it’s “only” valued at a few hundred dollars per ether compared to the few thousand dollars per Bitcoin, that can change in the future.

Can You Invest or Mine Bitcoin and/or Ethereum?

If you’re unsure whether to  invest in Bitcoin or Ethereum, why not invest in both? You can build an investment portfolio of multiple cryptocurrencies.

What about mining Ethereum? Is it the same as Bitcoin? Not exactly, you can mine either one or both if you want to be a part of the technology growth or invest beyond trading.

However, you should be aware of 2 things: 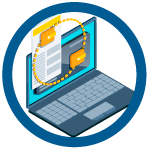 Use a Bitcoin calculator or Ethereum calculator to estimate whether contributing to a mining pool will give you the returns you want and if it is worth your time. 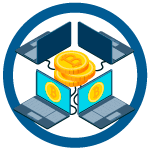 Join a reliable mining pool with a good track record as another might be a scam or illegitimate.

In comparison to just investing, mining is no longer an individual effort that can be done on a personal computer. Instead, it requires a dedicated lot of computers and a steady electricity supply to run the algorithms needed to to confirm and secure transactions.

If you are interested in Bitcoin mining or Ethereum mining, it’s recommended that you join a pool of miners who all contribute resources whether its processing power, storage, or anything else needed to run a successful mining operation.

Once your mining pool confirms a block in the blockchain, you will all be rewarded with an allocated amount of Bitcoin or Ethereum that will be evenly divided among all miners.

There are huge advantages and caveats held by both Bitcoin and Ethereum when it comes to earning extra money in the world of cryptocurrency.

Whether it’s higher market value or different technology, the debate between Bitcoin vs Ethereum is most likely going to continue for a while.

So, is it better to invest in one versus the other?

Well…if you’re interested in investing in Bitcoin, remember that it is more liquid by nature making it easier to use as a buy, sell and trade currency. This also means that its growth can rise and fall quickly based on market demand.

But also keep in mind that as the first of its kind, it still leaves a strong impression on the finance and technology industry making it a pioneer. If any of those features interest you, then in the Bitcoin vs Ethereum battle, Bitcoin is a clear winner.

On the other hand, Ethereum would be victorious if you’re interested in decentralized app development through SmartContracts.

More importantly, Ethereum is a perfect choice if you are looking for a cryptocurrency that has yet to make its big growth spurt.

With its development potential going largely undiscovered for now, there is a great chance that Ethereum will be the next big thing to invest in. If that is the type of challenge and investment you would like to go for, then Ethereum is the perfect choice.

But as we discussed in our Litecoin vs Bitcoin article, you have to remember they were not made to compete with each other, because they have different goals.

Ultimately, the clear winner in the Bitcoin vs Ethereum debate is YOU, the savvy and well-read potential investor who’s open to both options