Ripple vs Bitcoin: what is this and why should you care?Cryptocurrency is becoming increasingly omnipresent. By now, you may know what Bitcoin is and its value after so much publicity has directed attention to the cryptocurrency.

However, have you ever stopped to consider how other virtual alternatives compare to it, such as Ripple?

In the past few years, we’ve been introduced to other cryptocurrencies like Bitcoin Cash and Ripple. They are certainly not of the same value (yet), but that’s really only half the story.

In this article, we’re going to consider how both Bitcoin and Ripple came into existence, what advantages and disadvantages there are in using both, and then review which one might be the better strategy for you.

Bitcoin is the most widely known cryptocurrency, meaning it’s virtual and not centralized to any company or brand, like PayPal and Skrill.

Users “own” the bitcoins and one of the reasons internet users invest in the currency is the fact that it operates independently of banks and corporations.

It’s now currently valued at over $6,000 USD for just one bitcoin.

Bitcoin was founded in 2009 and originally started with a value next to nothing – literally pennies! According to notes, someone supposedly named Satoshi Nakamoto invented the bitcoin cryptocurrency, though it was not the first digital cash technology.

When it comes to Ripple vs Bitcoin discussion, transparency and reputation is important.  That’s the main issue when considering how to make money on Bitcoin.

The original user (which may well be a pseudonym or anonymous group) started with 50 bitcoins and set the algorithm to publish a finite number of bitcoins to maintain lifetime value.

Creator Nakamoto is believed to have mined one million bitcoins himself over time, but later disappeared from the public eye.

The Bitcoin Foundation was then led by developer Gavin Andresen, and eventually, the price was negotiated and the “blockchain” virtual ledger book was filled with millions of transactions.

Users can still “mine” bitcoins by investing in a node or well-equipped computer that adds new Bitcoin transactions to the blockchain ledger. Each block refers to a file that has the most recent transactions listed.

However, the number is slowly getting smaller, as the algorithm has been programmed to automatically get smaller by the factor of 0.5 every four years. This is very much unlike Ripple, because of its entirely different approach.

Someday, all the Bitcoins possible will be mined and presumably, barring any government interference, Bitcoins will accelerate even more so in value.

Unless of course something goes wrong and many financial experts think it might, making the Ripple vs Bitcoin debate far more interesting.

Ripple was founded by the company Ripple Labs in 2012, only a few years after Bitcoin. It was a continuation of Ripplepay, developed by web developer Ryan Fugger, who always had the goal of creating a practical exchange system in his local Canadian province.

Unlike Bitcoin, the Ripple system was created upon an open-source platform, and there are significant differences in the mining and trading process.

Ripple is often cited as a rival or a peer of Bitcoin, even though by all accounts, Ripple was created within the commercial global system and has a more centralized approach to cryptocurrency theory.

Pro-Bitcoin followers frequently state in a Ripple vs Bitcoin debate that the currency is “pre-mined” or actually doesn’t directly involve mining new units, since it processes everything and uses only a few validation nodes for a “consensus” of transactions.

The main advantage is that it will help you earn money online from country-to-country very easily, while also cutting fees. It has also been supported by some banks, allowing for easier centralization.

For more on who accepts Bitcoin transactions, read our article on that particular topic.

What Are the Main Differences Between Ripple vs Bitcoin? 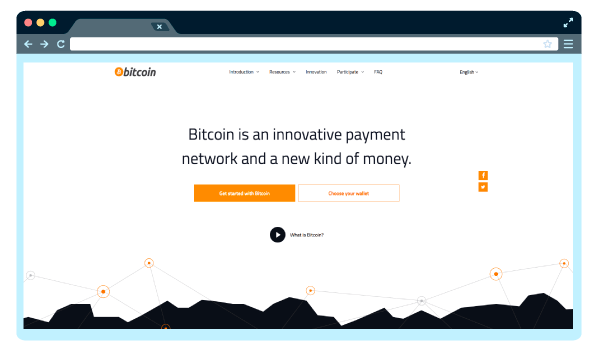 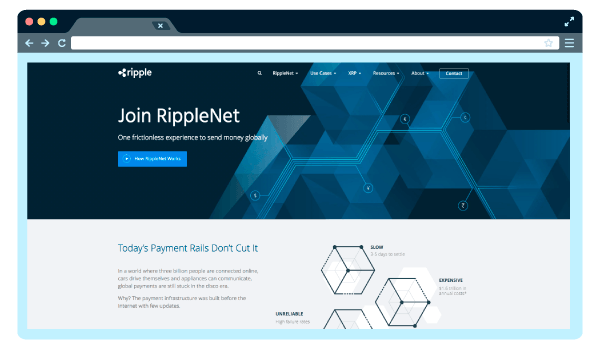 Which One Should You Invest In?

Investing in Bitcoin wisely can be tricky to do right (but very lucrative).

The basic argument against Bitcoin was that it has no real value, except hype. It could bottom out at any moment, or at the very least, face government censorship.

When you only look at that, Ripple vs Bitcoin has a clear winner. However, according to Forbes magazine, even a hindered Bitcoin protocol still seems far more popular than other cryptocurrency options, at least for the time being.

Ripple tracks all information, whereas Bitcoin remains largely anonymous, which may be why it’s trading at a massive volume that still outperforms Ripple.

Oddly enough, despite Ripple being a more centralized alternative, it is still not as well known or universally accepted as Bitcoin either. There are also far more wallet options available for Bitcoin.

The bottom line in Ripple vs Bitcoin is that while many strategic thinkers are thinking beyond Bitcoin, widespread popularity isn’t there yet.

Ripple is best for connections with banks, even on a worldwide basis, whereas Bitcoin is still mostly an outside-the-system-option.

Making money at home in today’s technological society is easier than ever, but how much can you make with both Ripple vs Bitcoin? Investopedia says that Bitcoin mining blocks will earn you 12.5 bitcoins, which would be approximately $6,500 per Bitcoin.

Of course, processing these blocks may require a team and a devoted node, which explains why many Bitcoin miners work with groups for faster performance and mutual benefit.

With Ripple, there is no true mining process but an opportunity to invest in Ripple’s value, which many claim is going to soar in a few years, as Bitcoin loses momentum.

If you’re interested in getting started with either of these cryptocurrencies (or both!), you can sign up for one of the best and most reliable cryptocurrency platforms available: Coinbase.

Feel free to check out their site and figure out for yourself who’s the winner for you in the Ripple vs Bitcoin debate!

Ripple vs Bitcoin: who wins? It’s not an easy comparison because they are like apples and oranges. Certainly, both are cryptocurrencies but how you get them, use them and make money with them varies.

Only time will tell which will prove the victor, but what’s certain is that investing in multiple forms of cryptocurrency is always the best strategy.