Although not seen as one of the top paid survey sites, YouGov has slowly emerged to be one of the most widely known paid survey panel and people are earning decent money enough by being a part of this panel. YouGov can now be counted among one of the best marketing research companies worldwide.

However, you will not come across much reviews of YouGov. Is it worth signing up for it as an online job? We thought of giving you an insight about how YouGov works and the pros and cons of being a part of YouGov.

A brief overview of YouGov

Established in May 2000 based in the UK, YouGov has transformed into an international company due to the right direction given by its founder, Stephan Shakespeare, who is also the CEO of the company currently. Equally responsible for the rapid growth of the company is the ex-CEO, Nadhim Zahawi, who was responsible for several key transformations in the company.

YouGov grew at a rapid pace and also acquired Siraj, a market research company that is located in Dubai, followed by the acquisition of Polimetrix, which was also an online polling company that was founded by a famous professor from the prestigious Stanford University, Douglas Rivers.

YouGov had its roots firm inside the United States between 2009 to 2011 and went ahead on an acquisition spree by acquiring companies such as Harrison Group, Definitive Heights and Clear Horizons, which were eventually brought under the same umbrella of YouGov group. Amidst this, YouGov also acquired business interests in France and other small companies based in UK. 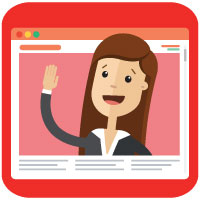 With a wide range of companies under YouGov, it is now considered a pioneer in online research and sampled online polls, which has helped to give analytics to several industries such as universities, corporations and political parties. YouGov has also been the preferred market research company for several large corporations.

Usually, large corporations approach market research companies so that they get to know more about how the market accepts their products, so that they can rework or modify it before an official market launch. YouGov asserts that it is a global research company and is not a paid survey company that incorporates feedback only from Republican or Democratic nationals, so that the research they carry out is fair, unbiased and does not have any preconceptions among people.

YouGov also enters into partnerships with other organizations that collect the opinions and feedback from its members on behalf of YouGov. Although the answers provided by customers are highly confidential, it is not necessary that the contact information provided on YouGov strictly sticks to YouGov, as the third party partnerships it enters into does not ensure of customer privacy.

When you look up for YouGov on MoolahNinjas.com, it has an great rating, which is just one short of the best rating available. It has been accredited by MoolahNinjas.com from 2015 and there have only been 11 complaints regarding YouGov since the past few years, which is a good indicator.

Usually, it is common to have a few dozen complaints even for the best companies. However, YouGov has a relatively lower complaint rate despite its large user base, which indicates that YouGov is clear and customer friendly.

YouGov had acquired a paid survey company named PollingPoints.com.  Customers who have previously been a part of PollingPoints.com have now been moved to YouGov, after the acquisition process is complete.

When you enroll on YouGov, there is no registration fee involved and the registration process is simple as well. While registering, it will ask you for a few questions regarding your profile and you can finish it within 5 minutes. Once you answer all the questions, your registration will be complete and you will earn 1000 points instantly when you sign up. If you have a lot of free time and want to get your feet wet in working from home before finding an awesome freelance job or monetizing a YouTube channel, this platform might be worth a try.

During registration, ensure that you provide your correct residential address, as YouGov will deliver your rewards and free goodies earned by taking paid surveys to the address you mention here. Also, it will take into consideration your residential address before inviting you to take part in political surveys pertaining to a particular area.

Similar to the other survey panels available, YouGov also e-mails you links to surveys that are available. The payout for each survey you take will vary from $0.15-$1.50, depending upon the length and difficulty of the survey. 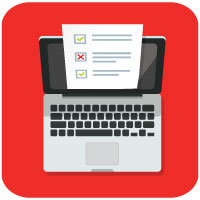 There is also a survey named “Omnibus” that occurs each month. However, there is no prize or reward for taking this survey, which means that this options isn’t really favorable if you’re trying to supplement your own income. It will give you entries to different competitions conducted by YouGov. Also, it is mandatory for all people registered on YouGov to take this survey, as the answers you provide are used to evaluate how suitable you are to different types of paid surveys.

If you do not take part in the Omnibus survey, there are high chances that you will stop receiving invites for any other surveys in the future, thereby making it mandatory for you to take this survey.

To enter the competition, you necessarily do not have to take part in Omnibus surveys. You can also gain entry by using the points you earn.

You have to be careful when you participate in YouGov’s paid surveys. Immediately after you complete a survey, YouGov will prompt you to use the points you just earned to purchase an entry in any of its competitions. But go through the page carefully, and you will also find a link that will allow you to just keep your points and not use it to take part in any competition entry.

If you are part of YouGov, you will get surveys on a regular basis, around once weekly. However, you will enjoy taking part in these surveys as they are much interesting compared to the surveys offered by other survey panels.

The paid survey links you receive from YouGov take you to highly professional surveys and they are not like the regular and highly advertised surveys that are widely available.

Also, if you take part in Omnibus surveys regularly, you will constantly receive survey invites and YouGov will never disqualify you from any surveys, which makes it a great deal.

Generally, paid survey companies pay through check. Similarly, YouGov also gives its payouts in checks. However, there is one catch to this. You can only receive a payout once you earn $50, which is definitely the highest minimum amount required to payout when compared to other popular paid survey sites.

You will be able to earn this amount only if you participate in all the survey invites you receive. If you are an average participant, it might take up to 2 years before you can have your first payout from YouGov, which is slightly frustrating.

Not many people will keep taking surveys for two years before receiving their first payout.

Also, once people get their first payout, they will be tired that they have earned only $50 since the past few months and hence, there is a very less chance that they stay associated with it for long. 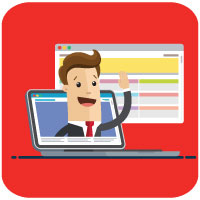 YouGov definitely offers some of the best and professional surveys, which you will not come across in any other survey panels. The surveys you take part in here are generally of a larger perspective and have an impact.

The only drawback is the way the site tries to make you enter competitions by paying in points, which is definitely not a good sign, as the minimum earnings required for a payout is anyway high.

For people who want to be associated with YouGov on a long term basis, it is a nice choice. If you are new to paid surveys and are trying to make a quick buck, YouGov is not for you. You can register on YouGov and see how it goes, before you judge YouGov.

Visit their site in here.