It’s hard to believe that in 2005 YouTube was just getting started as a “legal” video sharing site, in contrast to other underground P2P programs like Limewire. Now, according to Alexa, YouTube is the second most popular site on the open Internet. Many people know by now that a person can make money on YouTube…they just don’t quite understand where that money comes from. How does YouTube make money if everything is free? In this article, we’re going to show you.

Like many other Internet sites, YouTube earns money from Google Adsense, which is one of the most effective ways to reach targeted traffic according to keyword searches. While Google and YouTube weren’t always linked together, the partnership made sense. This is one of the reasons why Google bought YouTube for $1.65 billion in 2006. It’s hard to compete against a company that has global ambitions, including content in 76 languages around the world, 30 million daily visitors, and an active community that submits 400 hours of content every single day.

The simple answer to the question of how does YouTube make money is that it’s a legitimate media network, similar to CBS, ABC, FOX, NBC, Comedy Central, Cartoon Network and other networks that broadcast content. All of these companies get paid through advertising revenue.

YouTube doesn’t always feel like a entertainment network, since its content is user-generated and has a variety of entertainment shows, video clips, music videos, viral comedy, reality footage, the work of artists, and so on. This mix of professional and amateur content makes YouTube feel different compared to other sites and media channels, but that’s what it is and its basic service is free to the world. Competitive, isn’t it?

While basic YouTube services are free, some content requires a premium subscription. However, users can subscribe to THOUSANDS of free channels at no cost. In exchange for mostly free services, users will view advertisements paid for by companies, individual artists and service providers, which explains the issue of how does YouTube make money. Content creators take a portion of the profit while YouTube collects the rest.

The Options for Advertisers

The next step in answering the question, “How does YouTube make money?” is to consider the options available to sponsors, which include a number of budgets, from large corporations, to small businesses or even an individual. 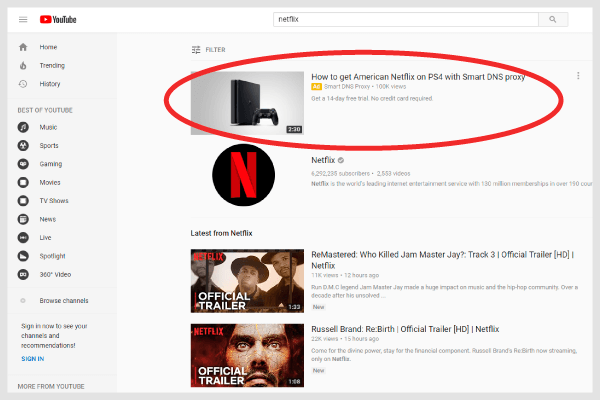 Sponsored Videos refer to videos that are boosted to the top of a search result page. Just like Google or Yahoo return search results for websites or individual pages, so too would these sponsored YouTube videos pop up. According to StreamHash, sponsors typically pay YouTube according to how many views the video receives after a click. This helps us find the answer to the question, “How does YouTube make money?” If you’d like to get your own videos boosted to the top of rankings, more views will help you and we’ve got an article on how to get more views on YouTube for you. 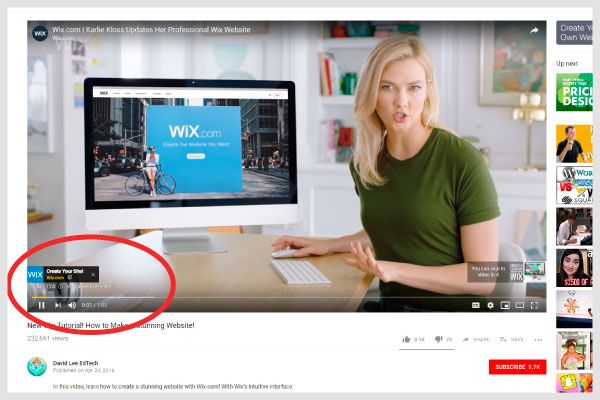 Most people know what “pre-roll” and “mid-roll” videos are, though not by name. We simply call them the “annoying ads” that pop up before a video loads and they can be anywhere from 10 seconds or less to well over 15 minutes. These are embedded ads that are effective because they can be targeted to specific demographics and user groups. They’re only “annoying” if the target audience is completely wrong!

Pre-roll refers to an ad that runs before your selected video, while mid-roll ads run in the middle of a video. How does YouTube make money? Advertisers are charged according to impressions or views of the ad. Usually, these videos are “skipped” by impatient viewers, so advertisers might not be charged at all. Ads that are shorter and that cannot be skipped are obviously more expensive. 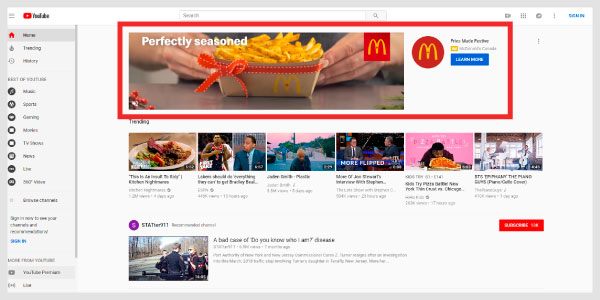 YouTube also offers banner video ads in addition to other videos and these tend to be more mainstream ads that autoplay as soon as the user lands on the YouTube desktop site, as well as on some tablets. These ads are guaranteed views and tend to reach more viewers.

This explains why advertisers pay a premium rate for banner videos. There are also multiple formats of banner ads, from picture ads, to video ads or a mix up both. How does YouTube make money? By offering a variety of ad formats, which appeals to advertisers with different needs. 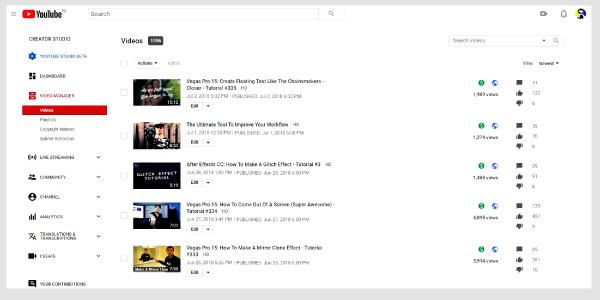 YouTube also makes money off its “prime content creators” who have millions of views and subscribers. These popular YouTube “channels” (and there are multiple channels within this giant network) bring out a large and yet targeted audience. According to Feedough, YouTube content producers can charge a subscription rental for their popular channels and profit from paying users directly. YouTube and content creators split the revenue that comes from users.

Naturally, the majority of YouTube users don’t have millions of views or subscribers and so the ones that do find a way to reach a wide audience get way more benefits, including a 55/45 revenue-sharing arrangement according to Feedough, which is far better than the average creator-owned properties contract from a studio or network. 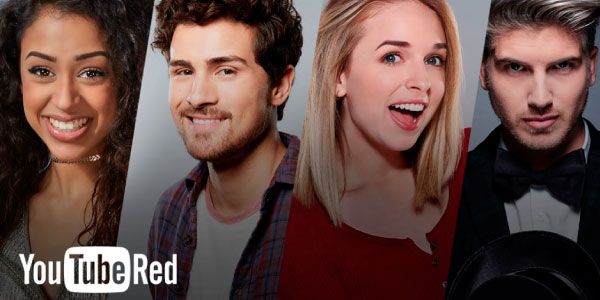 How does YouTube make money in terms of its premium content? YouTube Red is basically the site’s answer to HBO and Netflix. This service is a premium subscription service (costing about $10 a month) which offers unique and professional-level entertainment, spread across YouTube, YouTube Music and YouTube Gaming. Many users see the benefits in paying for Red, since it eliminates ads, unlocks hidden content, allows users to watch content any time (even when offline) as well as a few other member benefits. 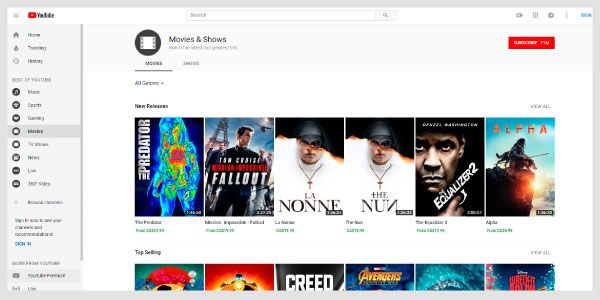 How does YouTube make money by partnering with other companies? YouTube has its own competitor to Amazon Prime Streaming, by offering viewers the options to buy selected “paid shows”, which are movies and TV episodes offered individually. These can be streamed at any time and the business model is similar to YouTube Red, except that the content is owned by other studios / distributing companies and thus the profit is split between those entities and YouTube.

YouTube Red is a network of unique shows, while YouTube Movies may have more mainstream features that go for higher prices. These prices can be as high as $6.99 per movie in some cases. 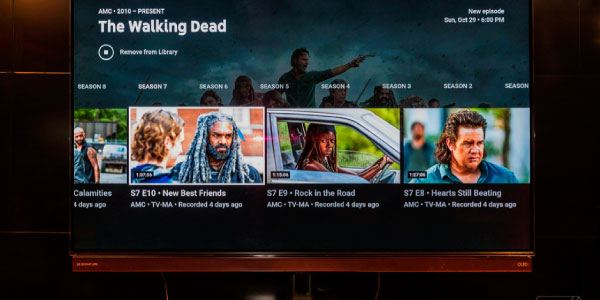 How does YouTube make money by competing with other streaming services? YouTube may also partner with other networks like Showtime, NBC, CBS Sports and many other cable channels to provide an Internet-only option for premium content. This benefits networks like Showtime, which have a limited audience on cable, but allows YouTube to compete against Internet networks like Netflix and Hulu. According to YouTube TV, users can expect a subscription to over 60 networks (for a price of about $40 per month), local sports and news shows, and even streaming live TV.

This is the most practical option for families that don’t want to pay for cable but use the Internet to stay tuned into the world. The newest features for YouTube TV include a DVR (Digital Video Recorder) option, which is a feature pioneered by cable and satellite providers. How does YouTube make money? In this case, by offering customers what they can’t get elsewhere – cheaper cable shows! 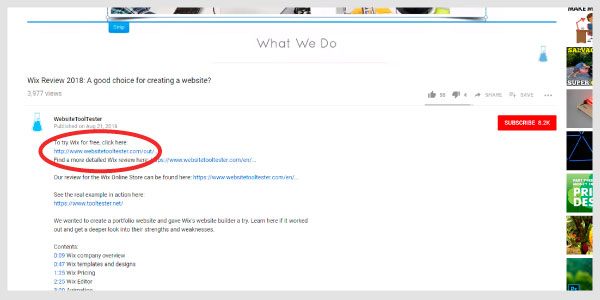 As Video Creators explains, creators can make money on YouTube by including links to products that they review and or use in a video. The creator and YouTube both profit from this, but only if the customer buys a product using that specific affiliate link.

Before considering questions like “How much money do YouTubers make?” it’s best to understand the revenue process of YouTube itself. Understanding how ads work, as well as sponsored videos and how others make money, will help you figure out your next move as a publisher. Now that you get “how does YouTube make money?” you can more clearly define your audience and your goals for using YouTube for profit.