Have you ever heard of the Bitcoin vs Litecoin debate? You might want to get started in the world of cryptocurrency because of Bitcoin’s name being thrown around in the news, on social media, or maybe even with your friends and family.

But, Bitcoin isn’t the only coin out there. There are actually hundreds of cryptocurrencies one can buy and invest in. One of the lesser known but already very established cryptocurrencies is Litecoin.

But in comparing Bitcoin vs Litecoin, how do they stack up against each other? In this article, we’ll compare the two and show you why and if Litecoin might be better than Bitcoin, especially when it comes to earning extra income on your investments.

A Background to Cryptocurrencies

It might be confusing getting into the cryptocurrency world and wondering what to buy into, how to make money with crypto, and what is actually worth investing in. Aren’t all cryptocurrencies the same anyway? Isn’t everything Bitcoin?

Not at all. When it comes to making online income, each cryptocurrency may be built for different purposes and audiences, and each one may operate a little differently.

This is because the technology behind two cryptocurrencies, for example, Bitcoin vs Litecoin, will both be built on blockchain technology but may operate a bit faster, be used for development purposes, and more.

Yes, in all cases you can buy, sell, trade and mine any or all cryptocurrencies you so choose. But what makes one cryptocurrency stand out from the other is going to boil down to its technology and intended use.

But what about Bitcoin vs Litecoin? Both sound very similar and look like they are achieving the same purposes. This is true! So let’s look at what each one is, what makes each special and if one is better than the other. 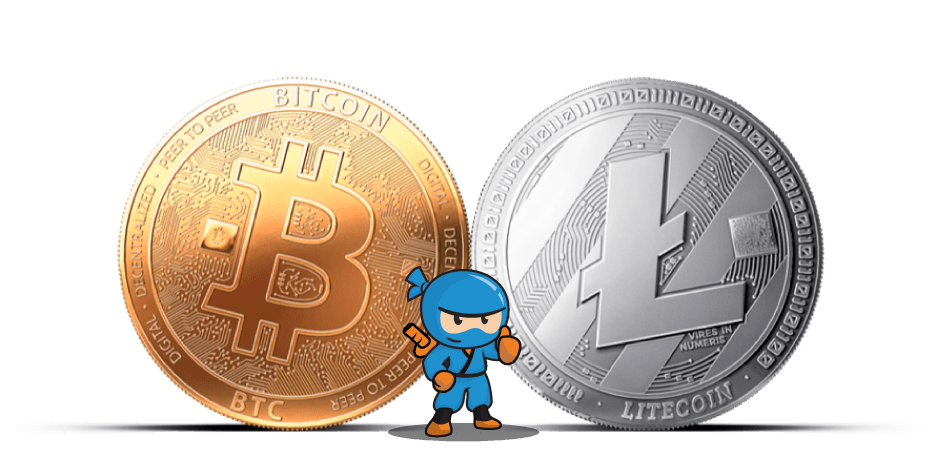 Bitcoin vs Litecoin: Which is Better?

The Features of Bitcoin

Bitcoin was the first cryptocurrency created and released to the market in January 2009. Its purpose was to be a digital replacement of fiat currencies like the Dollar or Euro.

Because of its success, Bitcoin can be compared as the gold standard of cryptocurrencies (followed closely by Ethereum). While there are other established cryptocurrencies, they all fall under the group of “altcoins.”

What makes Bitcoin special is that it is built on blockchain technology that is decentralized and operates independently from any central agency. Blockchain technology is designed to work with cryptography to create a public ledger of transaction blocks that is permanent, secure and tamper proof.

Because of this, blockchain is really the revolution behind Bitcoin as this is the first successful attempt to make a purely digital and decentralized currency possible.

Blockchain’s peer-to-peer model lets anyone with resources contribute and participate in the confirmation and security of the system, whether those resources are processing power, computers, a warehouse, storage or more.

This has led to  the rise of hundreds of people working on mining Bitcoin (known as Bitcoin miners) who obtain powerful computers in mining locations like a warehouse and work together from anywhere around the world for one common purpose!

Similar to fiat currency, your coins are stored in a Bitcoin wallet as your own paper money would be stored in a regular wallet.

From its launch, Bitcoin will only release 21 million Coins. Based on a deflationary stance, there will not be any additional coins produced once all 21 million Coins are released.

The success of blockchain technology is what makes Bitcoin so attractive and a promising prospect for the future. Financial investors, developers, coders and anyone interested in both finance and technology are watching Bitcoin and its progress closely!

When looking at the issue of Bitcoin vs Litecoin, one of the major advantages of Bitcoin is that it’s the first – and thus most established – successful cryptocurrency on the market is that its success (and publicity) has driven its market value to be much more valuable than initially conceived.

However, the downside to being the first cryptocurrency on the market is Bitcoin’s transaction times. In an ideal world, Bitcoin transactions should take a few minutes at most to confirm when anyone buys, purchases or trades.

At the moment it can take up to 10 minutes. While this may be okay for some, other cryptocurrencies, like Litecoin only take a 2 to 3 minutes to process.

Litecoin is much like Bitcoin but has improved on its predecessor’s drawbacks. While many people are still focused on making money with Bitcoin, Litecoin is proving to be a good alternative.

Established in 2011, it had a few years to use Bitcoin and its blockchain technology as a platform to improve the system to create a faster and better cryptocurrency.

Unfortunately when looking at the issue of Litecoin vs Bitcoin, it hasn’t yet risen to be the gold standard of cryptocurrency, but it is one of the longest established and reputable altcoins on the market today.

So, what makes it different from Bitcoin? 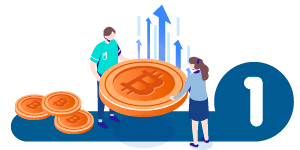 Compared to Bitcoin’s 21 million coin market cap, Litecoin has significantly more coins that it will release to the public. Like Bitcoin, it follows a deflationary model and after all 84 million coins are released, it will not produce any more.

Litecoin, however, is built on high-speed random access memory. This allows for two things:

While these features are attractive, there is a drawback which comes into play in the issue of Bitcoin vs Litecoin: Having faster transactions is one of the best features driving Litecoin. However this speed can also result in what is called “orphaned blocks.”

Orphaned blocks are when blocks are produced at similar times by 2 different miners. This will happen more often with Litecoin compared to Bitcoin because of its transaction speed and can be a drawback for Litecoin’s blockchain structure.

Conclusion - Who is the Winner?

In summary, the Bitcoin vs Litecoin debates comes down to:

Which is ‘better’? It depends and there isn’t a clear cut answer as both have strengths and weaknesses. However, it is important to know that if you are looking to invest, there isn’t any reason to not invest in both.

Keep in mind that the most successful investors will have a diversified portfolio. Some who have benefited the most in cryptocurrencies may have Bitcoin, Litecoin, Bitcoin Cash, Ripple and maybe even a few dozen more.

So for final words on the Bitcoin vs Litecoin debate, both are attractive and reputable investments with a lot of room to grow. Whether you choose one or the other or both, if you have a clear investment strategy and goals, you will certainly profit in the cryptocurrency world!